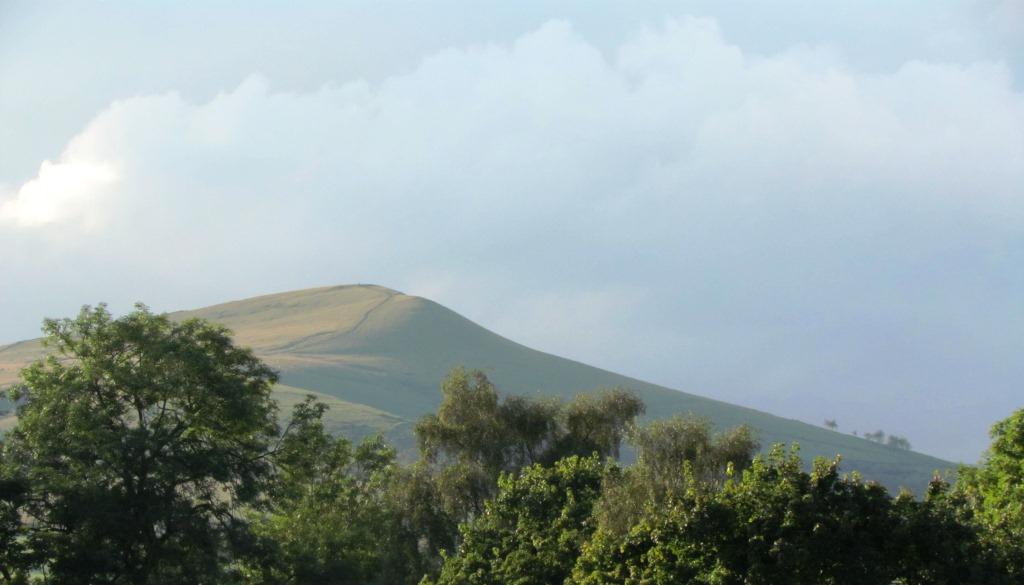 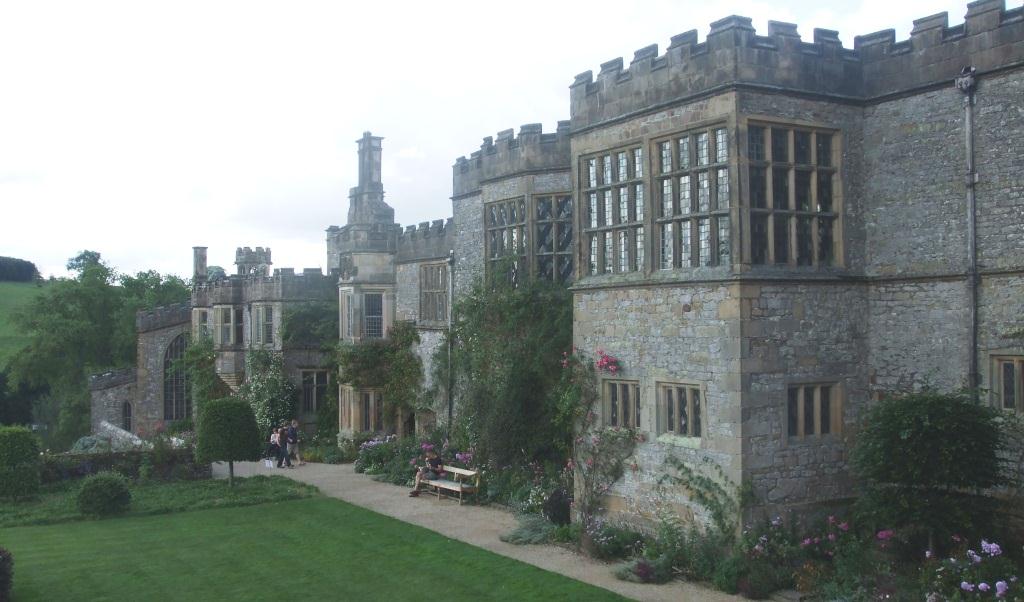 Unlike many ‘stately homes’, Haddon Hall is not approached by a grand driveway through stately avenues and rolling parkland. Perched on a rocky outcrop it more resembles a castle than a mansion, with an approach which no carriage or coach would have been able to manage. The architecture has been changed and added to over the centuries with the result that, once inside, you are never quite sure where the next doorway will lead. The kitchens are also quite unlike others we’ve seen. No rows of gleaming copper pans – just well-used surfaces and chopping blocks, together with what seems like the national collection of ‘dole cupboards’ which were used to distribute left-over food to the poor. Nice gardens too and a lovely cafe!  Back at the camp site, there are views of the hills, including Mam Tor.