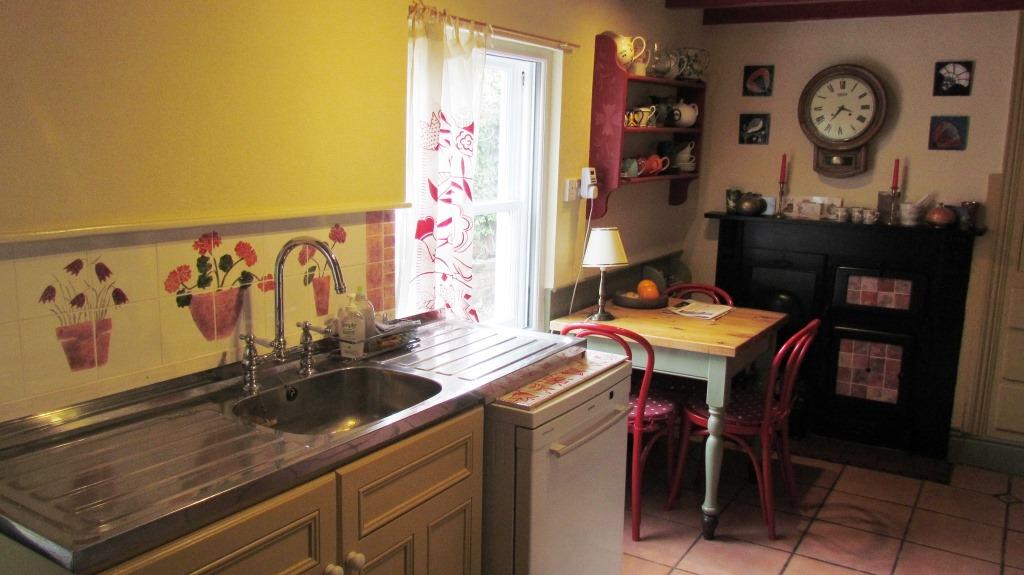 The kitchen has been redecorated although, to the casual eye, it looks much the same. The tiles above the sink have just been replaced so the job is now officially completed. There were a few dramas, one of them sink related, when the tiles fell off the wall and broke as Colin the decorator was dealing with the surface above. I call it a ‘surface’ because the actual wall was somewhere behind. He discovered very elderly cobwebbed cabling, which he dealt with there (and in other places) as well ‘making good’ where necessary – and it was. Fortunately, we were in Northumberland at the time and neighbour Bobbie handled local difficulties and decisions. We came back to a perfect finish – apart from the tiles which Sylv has now remade. He did a tricky job really well – and then had to lie down for a week. (It was flu, not out kitchen that did it, honest.)