I was especially pleased to have not one but two stories in these football anthologies: proof that you don’t have to be a follower of football to write about it. Admittedly, I chose the persona of a young incompetent player in one form or another but even so, these were tales where football was the focus. I discovered when turning out some cupboards that a number of stories were recorded, mostly on cassette!  It shows how long it is since I did this kind of writing – as does the picture of Gary Lineker! 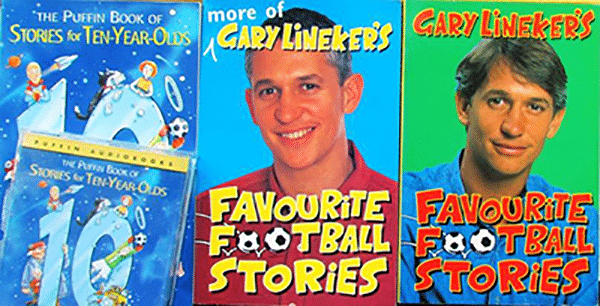