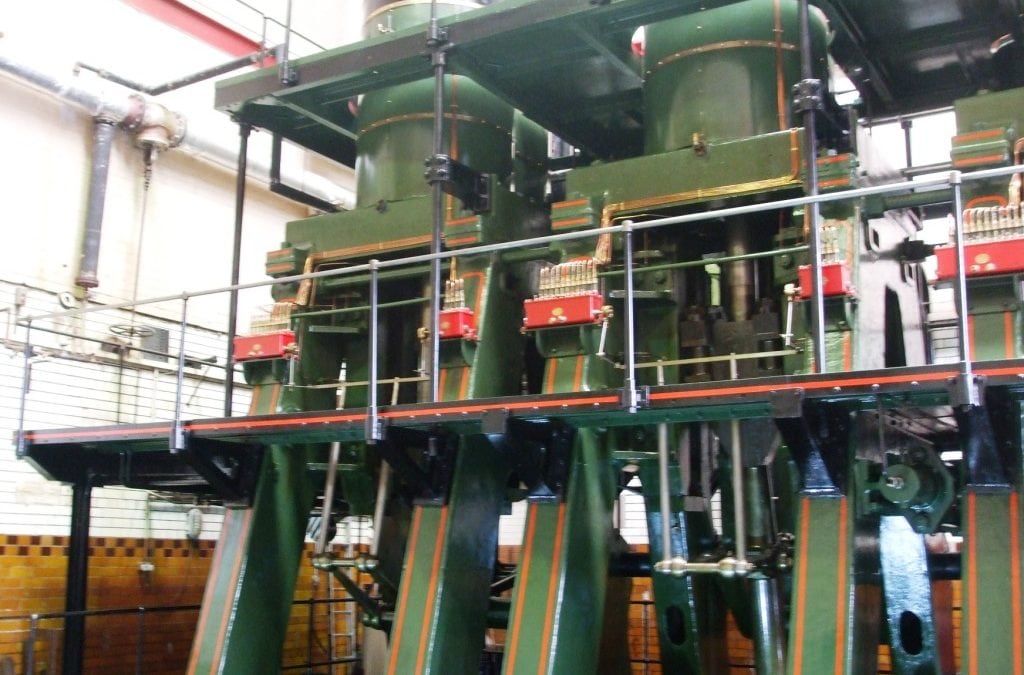 A hidden gem.  Amongst other fascinating exhibits, Sheffield’s Kelham Island Industrial Museum houses the massive River Don Engine which is set in motion at set times during the day.  As the blazé operator rotates the wheel, there’s a gentle hiss of steam; he checks the gauge, another quarter turn, and so on…  More steam, a lever much like an old fashioned car handbrake is released and the giant pistons start to move; the huge flywheel rotates, then slows, stops, reverses. It’s almost as if he’s teasing us. It’s off again, a little faster, slower, stopping, reversing…  Then, he throws the brake and suddenly the Engine thrums into life, pistons pounding; the noise is thrilling and slightly scary, the movement fluid and harmonious: for once the word ‘awesome’ can really be accurately used.  (It certainly inspired a sonnet – see the Sonnets tab.)